Last week GDS hosted Sprint Beta in Bristol. The event was designed to allow people involved in the Transformation Programme from departments and agencies all around the country to gather, discuss what they’ve achieved so far and share their challenges, concerns and plans for the future. 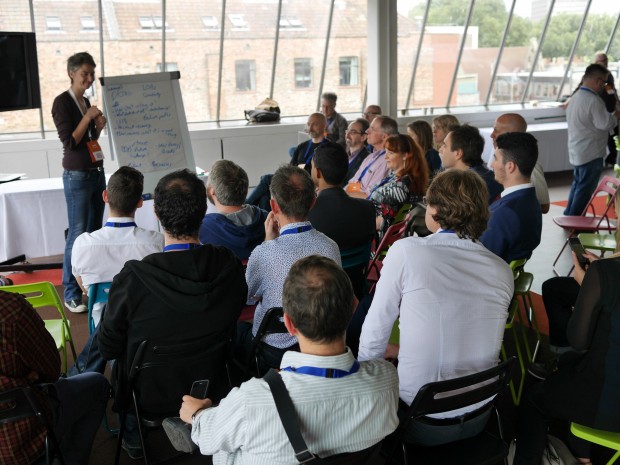 As Mike Beaven, Director of Transformation at GDS, said in his speech, Sprint Share (held last year in Birmingham) made transformation move from being a centrally driven programme to become a cross government movement. He shared highlights about the exemplars, including View Driving Licence being featured on the six o’clock news and the release of a Welsh language version of Carer’s Allowance. The exemplars are also reaching millions of users. A lot of people have done a lot of hard work to make that happen.

However, that doesn’t mean the job is done. Mike pointed out that increasing digital capability across government remains a priority, as does embedding lasting digital change.

The headline speaker Oliver Morley, Chief Executive of the DVLA, candidly shared experiences of working on transformation at the DVLA in Swansea. It’s not just a technical transformation, but a cultural one: teams are changing how they work. The DVLA’s opening up, too: “We share everything now,” he said, “transparency is transformative.” Oliver described the continuing focus on the user at the centre of transformation, and argued for realistic timelines. The question and answer session that followed his speech also allowed for a fruitful discussion about agile methodology between Oliver and the audience. This included questions that had been sparked by a ongoing debate on Twitter debunking the myth that working in an agile does not work well with delivering to a deadline; as a number of the exemplars have shown (for example, Register to vote).  Airing these ideas helps everyone - it means we collectively come up with shared solutions. Remember “Make things open, it makes them better”? Sprint events like this are just one way we can make that happen. 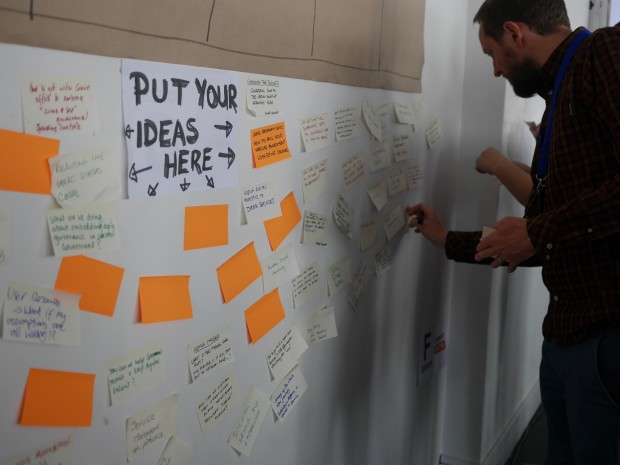 We also heard short presentations from Olivia Neal about how to approach the Digital by Default Service Standard assessments, from Clive Richardson about the importance of assisted digital provision as a part of transformation, Jim Williams about analytics, and Janet Hughes who discussed the GOV.UK Verify service.

The afternoon session was run as an unconference - not planned in advance, but organised on the day in response to ideas from attendees. Sessions included capability, service management, business change and much more.

Were you at Sprint Beta? Share your thoughts on the event in the comments below.